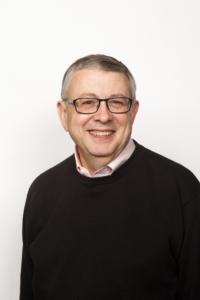 Next post »
Interview with Tech Exec and Entrepreneur Steven Salta