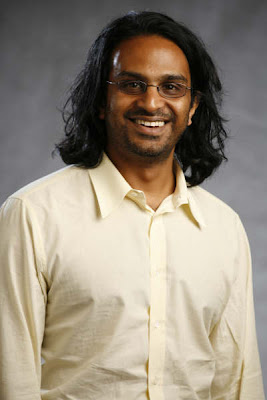 We live in an age of skepticism about all forms of consumption. The diffusion of our skepticism is accelerated by the Internet and makes the sincerity even more pressing.

So it’s no surprise that the world of business — specifically in the realms of advertising, branding, and marketing — has to once again ennoble the concept of sincerity, which is to say, they have to simply be sincere and do work that is bounded by and radiates honesty.

Marketing too often over promises in the hope of attracting prospects but the product or service under delivers in the execution.

Warren Buffet once said – “Trust is like the air we breathe. When it’s present, nobody really notices. But when it’s absent everybody notices.”

To explore this topic further I interviewed Romi Mahajan who recently wrote a piece in Internet Evolution on this topic.

Prior to joining Ascentium, Mahajan spent over seven years at Microsoft Corporation where he held the title of Director of Technical Audience & Platform Marketing. Earlier in his career, Mahajan started two boutique consulting companies specializing in technology and finance joint ventures between U.S. and Asian companies.

A well-known speaker on the technology and media circuit, Mahajan currently serves on the Executive Customer Advisory Board of Ziff-Davis Enterprise and has been a panelist at the Windows Connections, United Business Media Leadership, Microsoft Tech-Ed, Web 2.0, Interop and other conferences. His articles on technology have been published in Siliconeer, Silicon India, TechNet Magazine and in a number of proceedings and journals worldwide.

Secrets of Starting a Wiki – a podcast with Eugene Lee

A year and a half ago when I was researching how to start a wiki and looking for best practices in wikis – there was little information out there about it. So I decided to reach out to our internal consultant and found out there were already 6 wikis within the BearingPoint organization all built to do collaboration for various teams!

If you are thinking of starting a wiki or working on launching on you need to hear what Eugene Lee the CEO of SocialText has to say about wikis, collaboration and enterprise 2.0.

Secrets of Starting a Wiki – a podcast with Eugene Lee

Eugene Lee is the Chief Executive Officer and member of the Board of Directors at Socialtext. Lee assumes day-to-day management and operational control over all aspects of Socialtext’s business, including driving product direction and development, strategic alliances, and scaling the sales, marketing and support organizations globally.

Lee comes to Socialtext from Adobe Systems, where he led Adobe’s enterprise marketing and vertical market segments. Previously, he held several executive leadership roles at Cisco Systems, ranging from Vice President (VP) Worldwide Small/Medium Business Marketing to VP Worldwide Enterprise Marketing. Lee also held key management positions at Banyan Systems, including General Manager for the messaging business unit. He was co-founder of Beyond Inc., developers of the award-winning BeyondMail product, and holds four patents in messaging, workflow and privacy technologies. Lee has a B.A. in Physics and B.S. in Engineering and Computer Science from Harvard College and an MBA from M.I.T. Sloan School of Management.