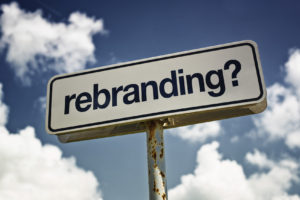 Your neighbor borrows money from you. When he pays you back, would you prefer a) cash; b) a check; or c) cryptocurrency? While the third option may give you pause, it may only be because digital money is new and hasn’t established the trust you give to the first two. Consider it a branding problem.

Cryptocurrency expert and author Alex Tapscott agrees. Over the course of several blogs, Alex and I have discussed the different forms of digital money, their blockchain platforms that make transactions possible, scalability and—most importantly—trust. The essential question on many people’s minds is, How do you move from greenbacks, which everyone (mostly) has confidence in, to something as “mystical” as bitcoin?

“Here’s the thing,” Alex said. “In 2015, a lot of banks and companies and governments were waking up to the potential of this technology. They loved the idea of frictionless payments, of secure networks, of lower cost, of better speed. But they didn’t like the idea of opening up their companies to anonymous networks of participants.

“The blockchain innovation is the most-important part of the equation,” Alex continued. “Bitcoin is just the incentive mechanism which helps to secure the network. I have spoken to people in the financial services industry, and also big technology firms, who readily acknowledge that if they’re going to build consortium and private blockchains, they’re going to need to reconcile this issue of how to secure transactions.”

Alex mentioned Mt. Gox and Silk Road, two of the more popular scandals impacting digital currency and hurting its reputation badly, and in recent news the Hong Kong bitcoin exchange Bitfinex said it had some $72 million stolen in a serious hack—an amount that has slumped, due to loss of confidence in the currency.

“If I speak to the uninitiated with the subject, and I say ‘bitcoin,’ a lot of times they say, ‘Isn’t that just criminal money that drug dealers and ransomware perpetrators use to commit crimes?’ ” Alex said. “I won’t downplay the fact that there’s a major communications issue around bitcoin. Some of us have wondered if it’s too late to rebrand this whole space to help cleanse it of its troubled past.”

“With the Internet back in 1994, people hadn’t really arrived on a term for it. Was it the ARPANET? Was it the information superhighway? Was it the network of networks? Eventually we landed on the term ‘Internet,’ which has got a sort of aura of elegance to it that the words like ‘blockchain’ and ‘bitcoin’ do not yet have.”

Alex and his dad, business theorist Don Tapscott, actually did come up with a new term for these vague concepts in their new bestseller, “The Trust Protocol: How Blockchain Technology Will Change Money, Business and the World,” just published by Penguin’s Portfolio imprint.

The new term is the “trust protocol.”

“I’d say that there has never been a system designed where security is more at the heart of it than with blockchain,” Alex told me. “I think that big, open public blockchains are the most secure way to move and store and manage anything of value than anything we’ve ever created. Just look at history: If the NSA, the CIA, JPMorgan, Morgan Stanley, Target, LinkedIn, Twitter and Home Depot can’t secure financial data or data about identity, then no one can. These are companies and governments with enormous resources.

“The problem is that they’re all centralized and they all control data,” Alex said. “If you could take that and decentralize it across a network, it would make it much harder to hack. It doesn’t mean it’s impossible to hack, but it’s significantly harder to hack a blockchain than it is a conventional database because you don’t just have to hack one source, you have to hack millions of different computers in a very short window of time.”

Next time, Alex and I will look at more issues concerning cryptocurrency, and how they might figure in your future—how bitcoin and blockchain can disrupt entire industries. Stay tuned!