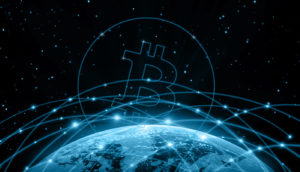 I’ve had a great time chatting with cryptocurrency expert Alex Tapscott about the future of digital money, and how it may (probably) change our lives. In my last post with Alex—founder and CEO of Northwest Passage Ventures and coauthor with his dad Don of the book, “The Trust Protocol: How Blockchain Technology Will Change Money, Business and the World”—we discussed the all-important topic of security: Who actually is minding the store on these new types of monetary transactions involving such things as ether, bitcoin and other new digital currencies?

A major issue—perhaps the single most important issue, actually—is trust. There’s plenty of trust in the U.S. dollar, but what about bitcoin and other digital monies? I asked Alex how one establishes trust in this brave new world of digital currency?

“Traditionally we have an intermediary to establish trust, those agencies that verify the identity of parties, perform the processing, and the clearing and maintaining of reliable records. Now, intermediaries—call them banks, credit card issuers, PayPal, you name it—do a pretty good job at that, but they have certain limitations. They’re centralized, they cost money, they capture data, and doing so can slow things down if they’re using old technology.”

Well then, I thought. what’s the new paradigm for digital currency? Who is governing whether bitcoin and other digital monies are “real” or not? Alex discussed a bit about blockchain—bitcoin’s main technical innovation, a public ledger for bitcoin transactions allowing users to connect to the network, and send and verify transactions.

“With blockchain, you’ve got a new platform where trust is not established by a third party, but rather established through maximum collaboration and clever code,” Alex replied. “In a public blockchain (more on this later), you have an incentive mechanism in that users commit computing resources to validate transactions, and then are rewarded for reaching consensus on what is ‘true’ by receiving bitcoin or an Ethereum ether.”

But, I asked Alex, how do you validate a crypto transaction? After all, it’s not script, like the U.S. greenback or the euro.

“Right now, there are a whole bunch of different solutions that have been proposed. A mining method is called a ‘proof of work.’ So in exchange for doing lots of work, you have the chance of getting rewarded. But there are other different ways of validating a blockchain, like ‘proof of stake,’ which basically just confers validating power on whomever owns a share of the network.

“So, if you have 10 banks in the network, and each of them owns 10%, then no transaction is valid unless all 10, or some plurality or majority, can reach consensus,” he said.

Since we were dealing with the all-important topic of trust here, I had to ask: How much effort does it take to break a blockchain and steal money? Trust is the key to the new world of digital currency, right?

“One of the great advantages of the bitcoin blockchain is that validating transactions takes a lot of work, so guess what? Hacking transactions to try to break the blockchain—to steal money—takes an equal or greater amount of work! That’s what makes it really safe. So in order to hack a transaction on the bitcoin blockchain—to, say, send the same $20 twice or sell the same share 10 times because you’re trying to make 10 times the profit—you wouldn’t just have to rewrite one transaction. You’d have to rewrite every transaction, basically back to the beginning of the blockchain, and do so in a really short window.”

Alex told me he feels that proof-of-work blockchains that use a native token like bitcoin, or Ethereum’s ether, are the ones that are likely to succeed. “I think that private blockchains that don’t have that could work, but I don’t think they’ll ever be as secure.”

Next time, we’ll look a little closer at public versus private blockchains, to get a better feel for why Alex thinks one may prevail over the other, at least in the short term. Stay tuned!