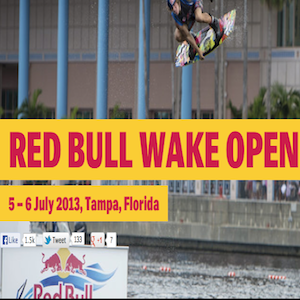 9 Reasons QR Codes are Bad for Your Brand 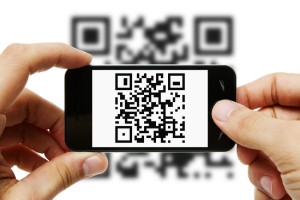 The tale of the QR code is a sordid story. The QR (Quick Response) code was originally the trademark name for a two-dimensional barcode system. It was invented in 1994 by Denso Wave, a Toyota subsidiary, as a way to track vehicles as they were assembled, and to scan components at high speeds. While Denso Wave holds the patent on the technology, they granted free license on it, going so far as to publish the specs online, and allowing anyone to use it.

Unfortunately, as we all know, free doesn’t always mean good and I think QR Codes take that assertion to a whole new level. Many brands initially diverted QR Codes from its initial purpose by jumping on the bandwagon as something new and exciting that allowed them to leverage the exploding mobile market to interact with real world products. However they quickly realized many of the technology’s inherent limitations.

It is not that QR Codes are dead or evil or anything hyperbolic like that – they are just horribly misused. There are benefits and useful applications for them, either technical or industrial for the most part. At the marketing level, for example, they already stand for something for a lot of consumers (implicitly telling the user “click here”). Also, they are the perfect tool for very specific actions, namely, initiating a commerce transaction on a specific item or acting as a coupon code and they will be continued to be used in this context for the foreseeable future.

One place, however, that we are seeing increasing aversion to QR Code use is among consumer-oriented brand marketing. What are the reasons behind the demise of such technology? Well here are 9 of them:

1)       QR codes and 2D Tags in general are ugly, generic and mess with a brand’s aesthetic, destroying much of the investment made by brands to develop distinct brand identities.

2)       The codes have limited uses and are only capable of translating into a text string that sends users to a website, phone number or SMS.

3)       Since they can only generate a text string they do not offer the possibility of advanced, connected content (for instance it is very difficult to connect Facebook ID with the end user through a QR Code and therefore track or provide relevant content).

4)       Since a unique 2D code must be displayed on everything they augment, the implementation is difficult to scale and lack the ability to be used retroactively across existing campaigns or inventories without extremely onerous and expensive efforts.

5)       In addition to needing to be placed on everything, ad agencies and Fortune 500 CMOs have found that managing the creative assets needed for implementing anything beyond a very limited QR Code-based campaign is incredibly difficult and inefficient.

6)       Because anyone can make them, the user experience (UX) is incredibly varied and frequently very low engagement.

7)       Consumers (especially women) do not seem inclined to use them resulting in very low click-through rates, unless it is something incredibly compelling to the target, like downloading the latest Lady GaGa song for free.

8)       Because consumers do not click on codes often and UX is generally of low quality, QR Codes have entered a vicious circle where brands expect low response rate and at the same time, most end users expect low quality content. This will continue to drive usage down.

9)       Many alternate technologies like Near Field Communications (NFC) and Visual Recognition (VR) are becoming commercially viable without the above issues faced by QR.

Through the multiple attempts to make QR Codes work in brand marketing, they have demonstrated a real demand for augmenting media assets but, at the same time, that they are not the solution and have faced extreme resistance from numerous segments of the population. Unfortunately, for a long time there were no other options so marketers were forced to try to work with them if they wanted to use mobile to interact with real world objects and images. This has led to abysmal adoption rates despite being on the market for almost two decades. If they were a marketing product instead of a free to use technology QR codes would have been forgotten a long time ago. Instead they have lingered until something better comes along. It takes a while to kill anything that is available for free, but this one has been circling the bowl for a while.